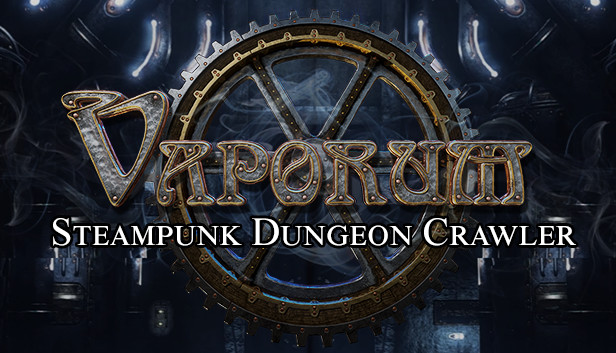 The traditional first-person dungeon crawler game genre isnt exactly overrun with fresh new titles lately. With games like Bard’s Tale to Legend of Grimrock this genre has managed to generate interest to a specific set of fans. Enter Vaporum, a new release within this genre with a steampunk twist. Originally the game released on PC back in 2017 but has finally seen

the light of day on consoles as of right now. 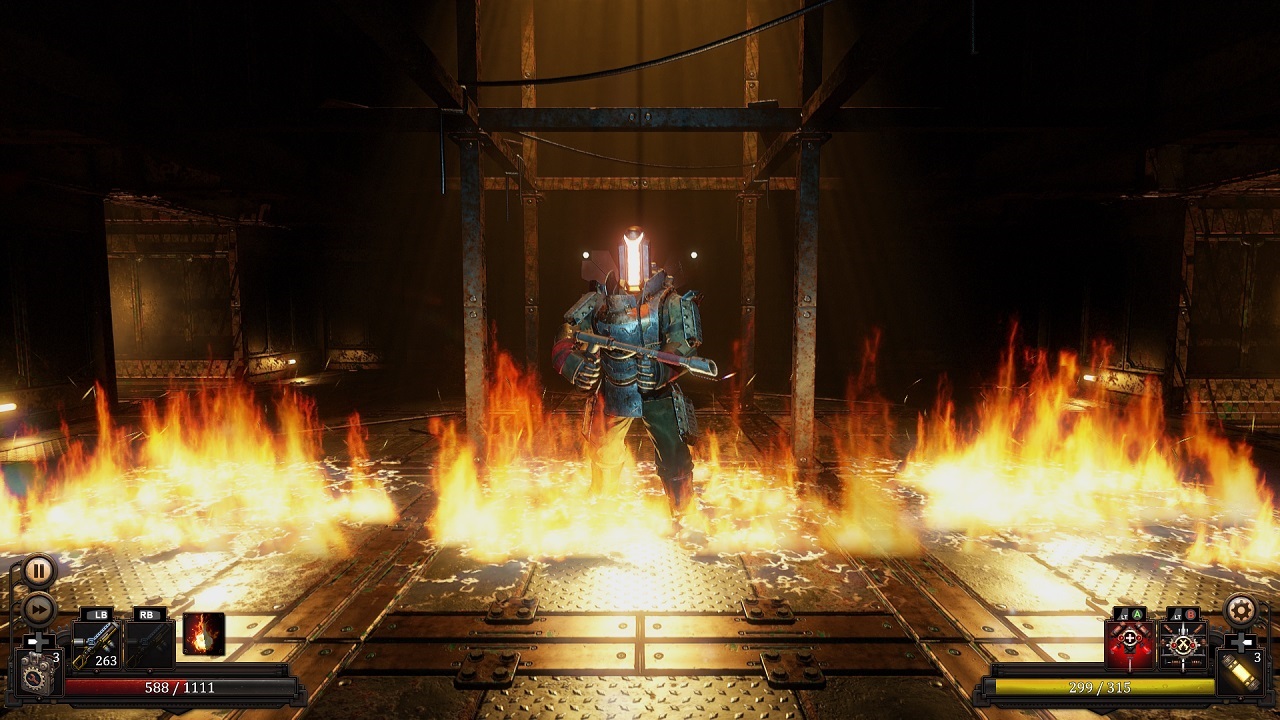 Amnesia in a game? Yeah, it is one of those starts to a game as you wake on an island not knowing who you are or where you are but there is a giant monolith in front of you that you really feel interested in and is mentally dragged towards it. As you get closer a giant gate opens up and shuts behind you and you start the game. It is up to you to find out why you are here and most importantly why you feel such a strong connection to this bizarre invention.

The game is played out in a grid-based movement. Meaning you take one step forward at a time and so does your enemies. And you will encounter enemies along your path eventhough the game starts out slowly you are quickly introduced to the fact that you are not alone inside this giant machine. 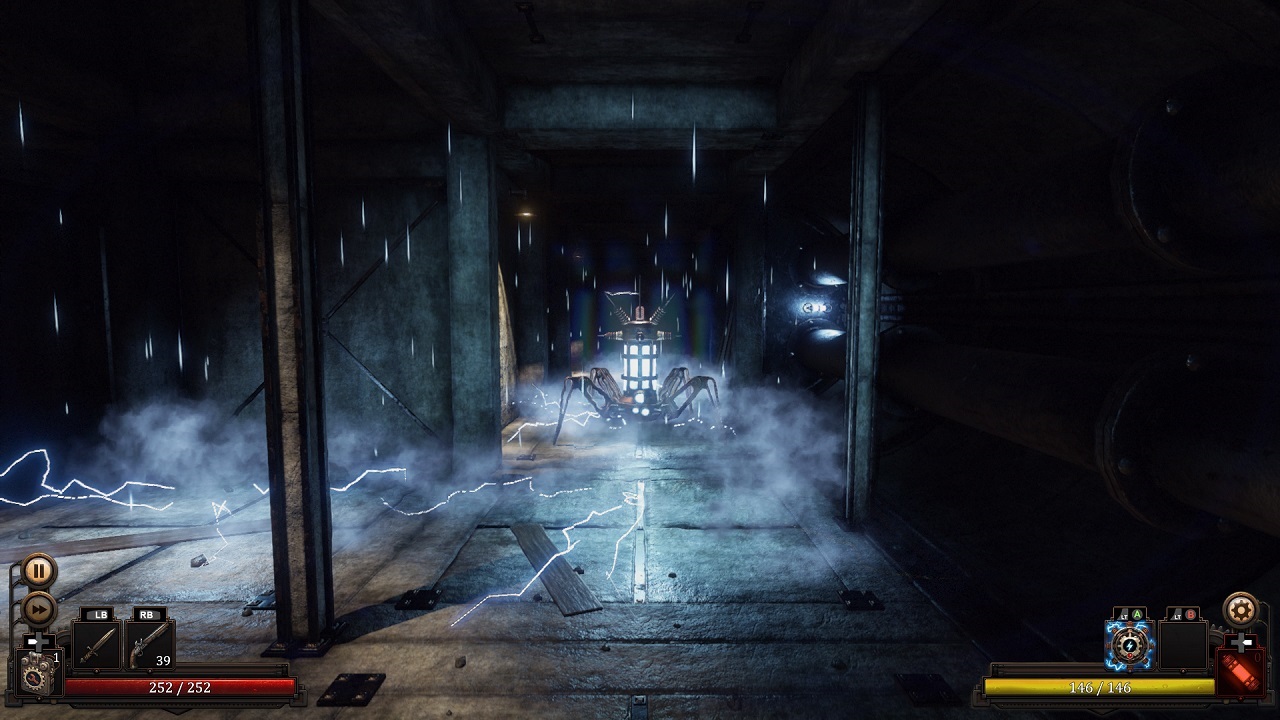 Before the action really begins you are introduced to four differents suits which basically decides what kind of character you want to play as all of these suits have different positive and negative effects. As soon as you make your choice you start your journey. You turn valves and solve puzzles to travel deeper into the structure and you pick up loot along the way.

Along the way you encounter loot as mentioned earlier but also lore that slowly but surely lets you in on the secrets of the structure, they are delievered to you in the form of audio recordings and letters. 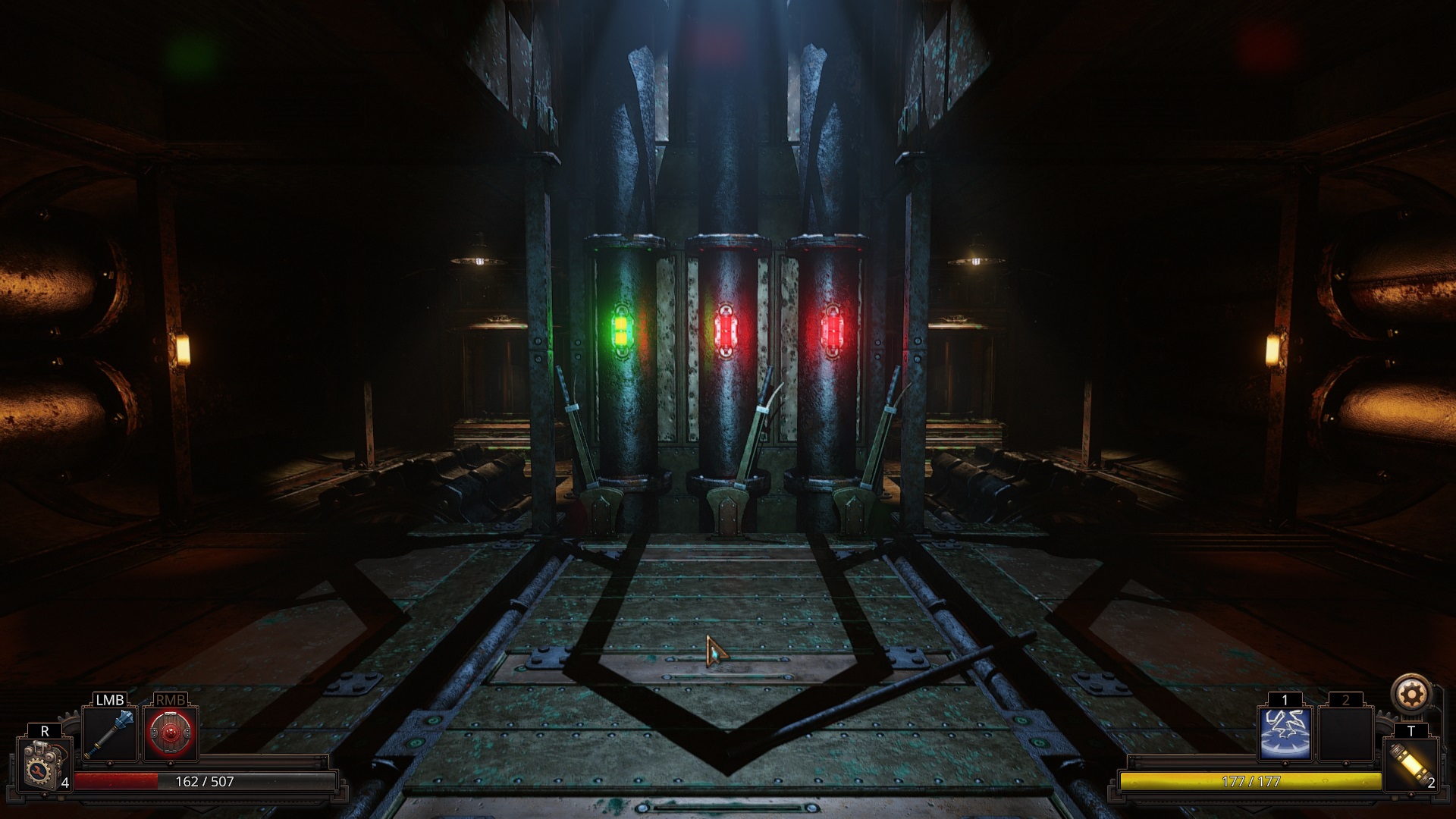 And the old-school feel of the difficulty levels in the game warms my heart as you get the most important information about the game early on. The game flat out tells you that you should save whenever you make progress and you really should. Because Vaporum is a difficult game at times. And because the game requires precise timing most of the time the controls can be a bit of hassle, mainly the movement controls. Numerous times during my playthrough I pressed to turn but ended up doing a double movement, and this might seem like a small nitpick but it actually did bother me enough to make it a problem in certain points in the game. 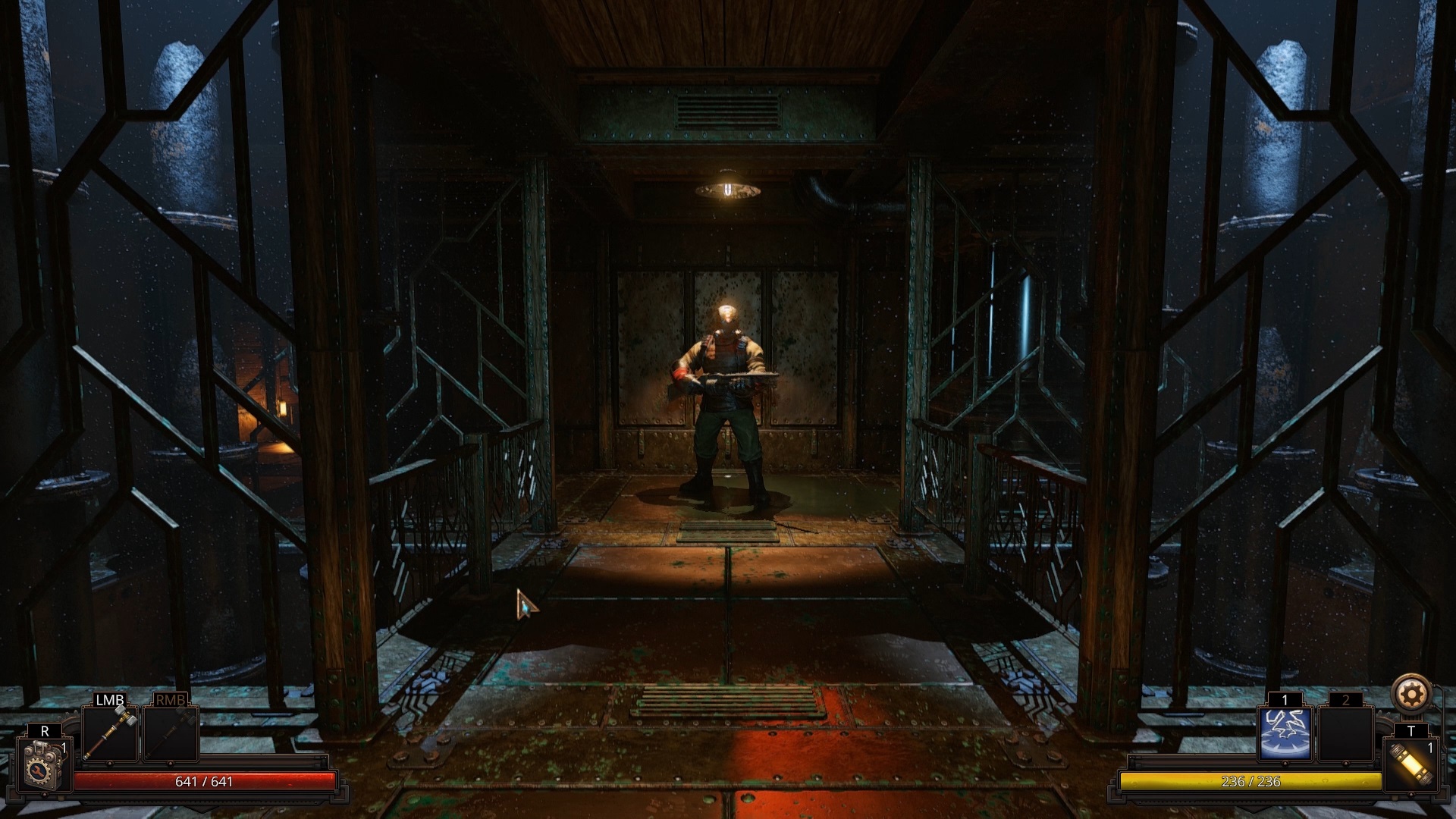 Vaporum is a delight for dungeon-crawler fans, and mainly for the old-school fans of the genre as the difficult level of the combat might scare a few newbies off pretty quickly. The puzzles does a good job to keep the dungeon-crawling from being repetative as they keep a nice balance between easy and hard, some will make you feel like the smartest person alive while others will have you bang your head against the wall, but all in all nothing is too difficult to keep you from wanting to play through the game. The graphics, music and lore is also nicely balanced to make you feel involved and building the character, structure and enviroment interesting.