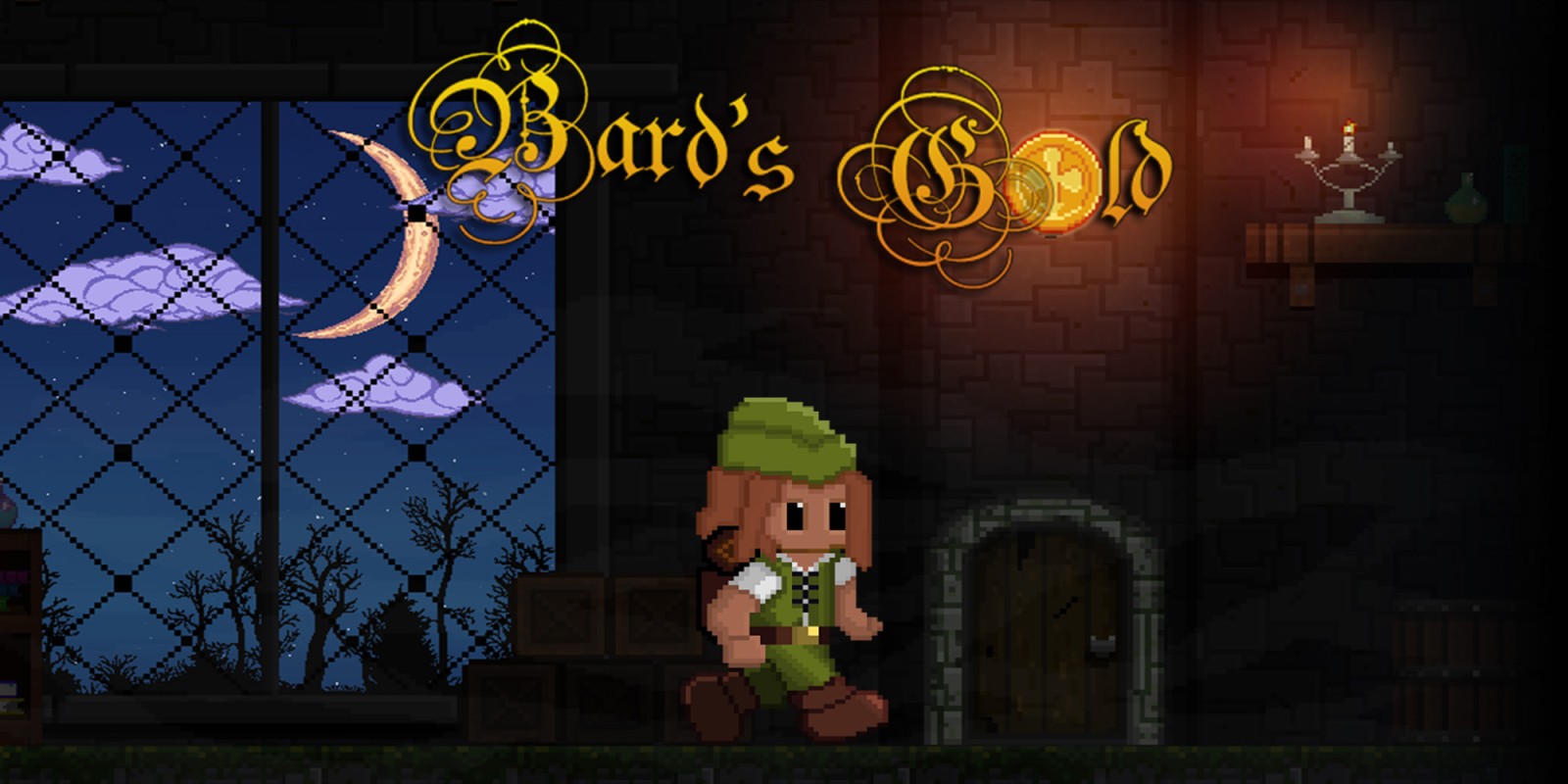 “Bard's Gold is a 2D Retro slow-paced platform-er with light RPG elements, where the player has to find the key within the level and get to the door in order to progress through the game.” This is the first information you get when you check out Pixel Lantern’s homepage. Pixel Lantern is a small, independent game development studio founded by a husband & wife duo based in Essen/Germany. 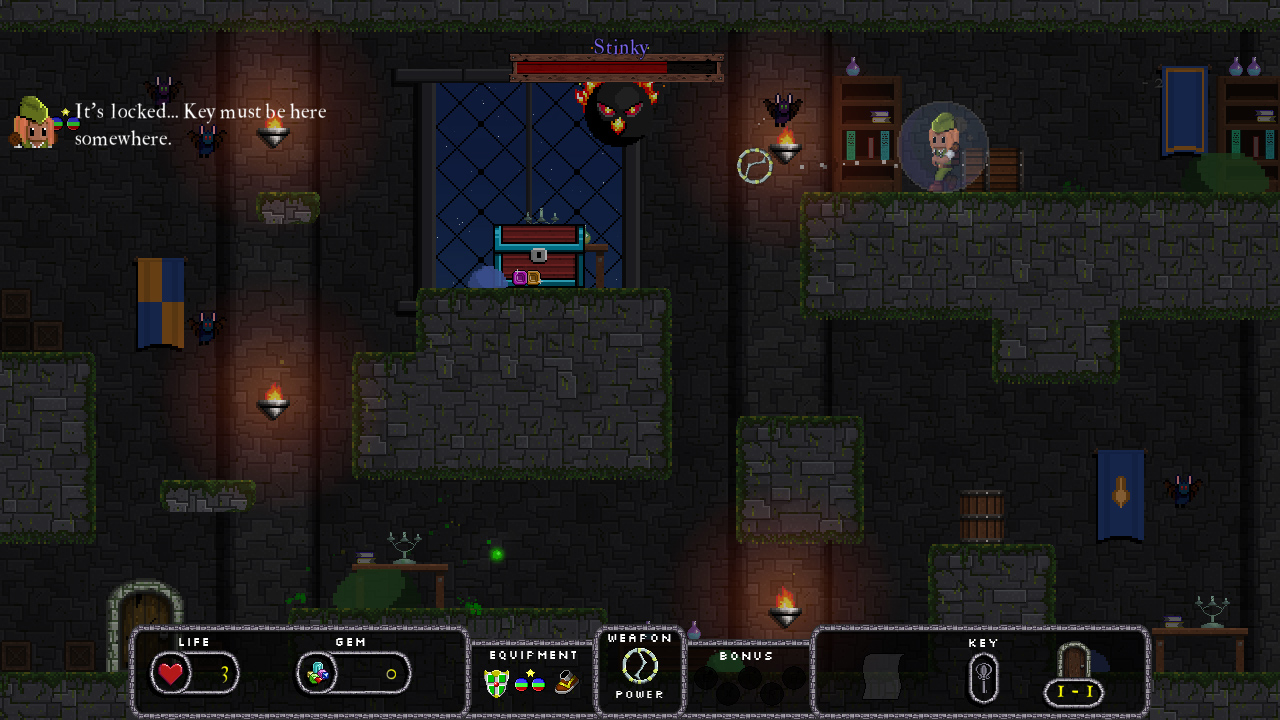 So this is a two person developed game and the way we like to review games this matters. You see if you judge a game that has two people on the development team the same way you would a triple A development team you are doing game reviews wrong in my mind.

Growing up in the 80s we we’re lucky, we saw the birth of the NES and the 8bit ear fully blossom and then when the 16bit era took over we we’re just the right age for that too. So when someone offers me a review code for a game that draws its inspiration for this era i couldn’t be more excited. So this is why i get the pleasure to review Pixel Lantern¨s newest Nintendo Switch release, Bard’s Gold. 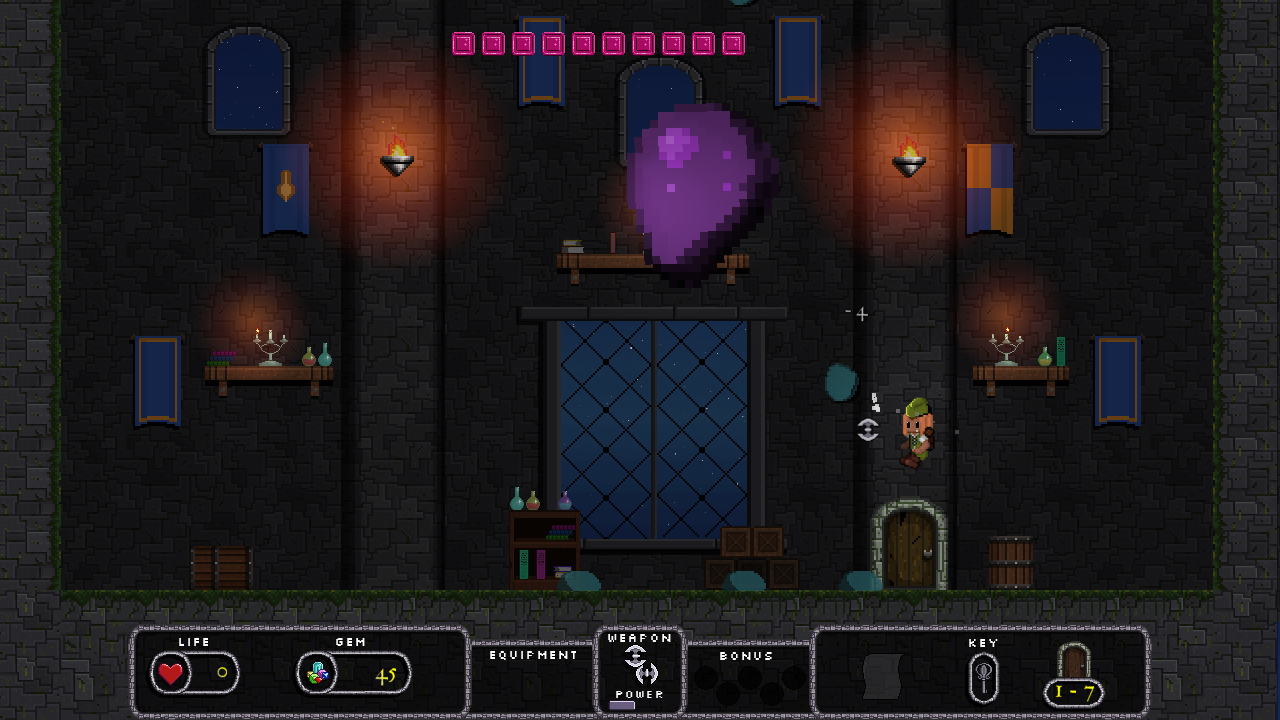 For those that think the name sound familiar you are correct as this game has also been released on PC, Xbox One, PS4 and PS Vita but this review is for the Nintendo Switch version. The review code for this review was also given to us by the company.

The website for the game mentions “Old school platforming experience - No tutorials or explanations how things should be done. Everything including the basic game mechanics must be figured out by yourself as you go.” which do not bother me at all seeing as that's how i grew up playing games. You almost always got dropped into a game with no explanation, no tutorial or nothing and a good luck. And to be fair a platform game like this kind isn’t that hard to figure out. You jump and you shoot, you kill enemies (usually the classics like slime, bats etc.) and you get jewels or gems. You can also shoot or hit certain items around the different maps and get gems from them too. Nothing new here, it has all been done before. 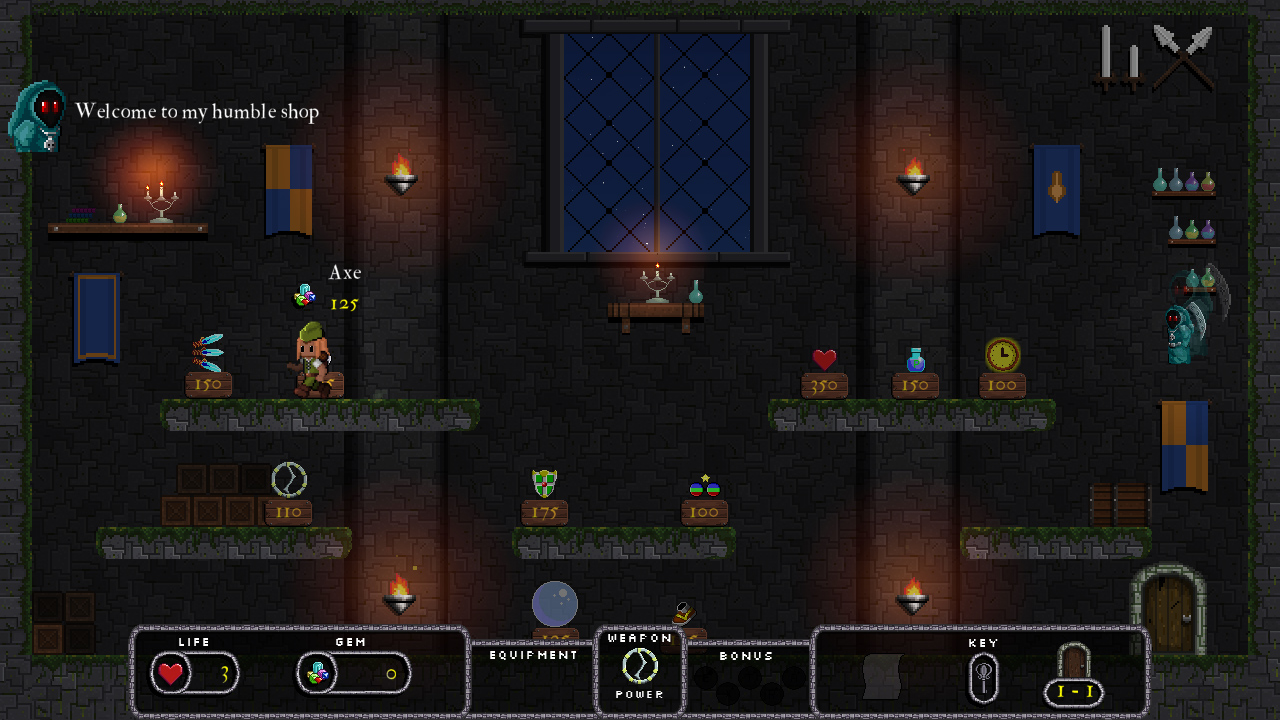 So does it control well? This is the most important thing when you are playing a platform game, how well the game responds. You see Super Mario Bros wouldn’t have been such an incredible success if it controlled bad, Super Mario is the bar when it comes to great controls for a game. And Bard’s Gold is controls work fine, and i do love a good double-jump mechanics so kudos to the developers for that one! And the hit-box seems fair and it is an overall good performance control wise.

The second thing the game developers talk about is that the game is described as a “Rogue-lite - Different layouts for each level is randomly chosen every playthrough. While getting the chance to memorize levels and get better at them, the “random level” system will keep your interest. With the gems you collect you will be able to upgrade your character on the Game Over screen. These upgrades are permanent and will help you on future playthroughs.” So this is a nice addition to the game, you see if you are hit once you die, die enough times and it is truly Game Over, but when you die you get to spend your gems on different upgrades to help you out for when you try again. 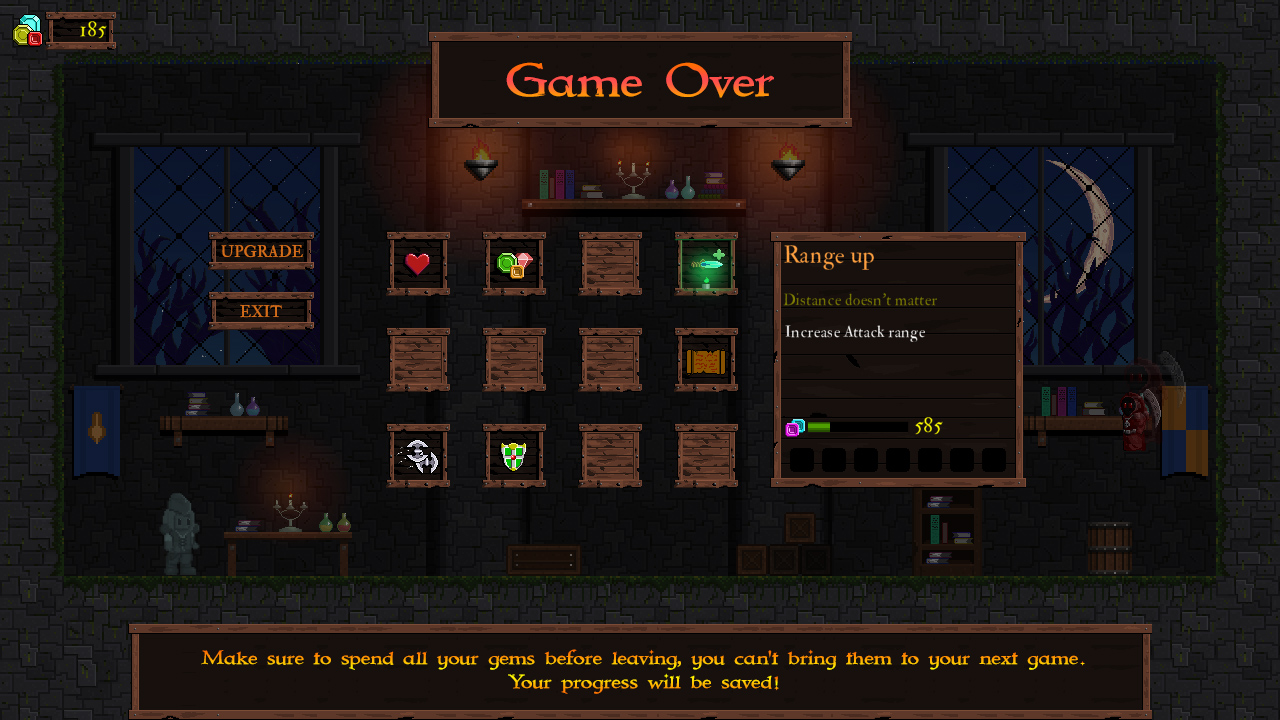 So who is this game for? Well, the easy answer is fans of the platform genre or rouge-like fans, but it all depends on what you except from the game. If you are aware the game is made up of a two person duo then i think you will be pleasantly surprised with this game, however if you are looking for some game-changing mechanics and triple A development then Bard’s Gold might not be the game for you. I had a good time while playing this game for review, and it might be a game i pick back up when i have some downtime in between other reviews. But i know one thing for sure, that I am eager to see what this team dishes up for their next release if they choose to continue developing games.