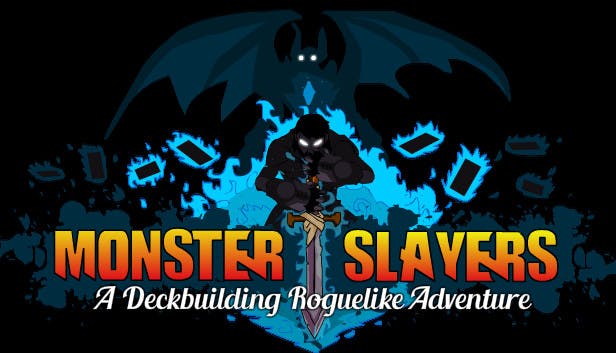 Developed by Nerdook (Reverse Crawl, Vertical Drop Heroes), Monster Slayers has already enjoyed success on Steam, PS4, and Xbox One, proving itself to be a favorite among card game fans and newcomers alike. It’s also a hit with critics – the PC version boasts a Metacritic score of 86.

What critics are saying:

“If you’re looking for a game to combine a love of crafting devastating combo decks, with ever-changing dungeon crawling, it may be just the thing for you.” - PCGamesN

“A deck-building utopia.” - Quarter To Three

“A roguelite that I’ll definitely be returning to… Monster Slayers is well worth exploring.”
- TheSixthAxis

Monster Slayers is a rogue-like deck-building RPG adventure with an innovative card-based battle system that lets you customize a deck to suit your play style. Create a hero to join the Monster Slayers Guild and choose your path through the perilous Northern Valley as you follow your quest to defeat the legendary Harbinger and become a true Monster Slayer.

Key Features
Battle undead goblins, lion outlaws, mighty dragons and other monstrous foes using a unique card-based combat system
Strategically shape your deck as you acquire new cards from merchants, treasure chests, and allies
Collect fame from each run to unlock new abilities that can be used by future heroes
Every playthrough is different: levels, enemy encounters and loot are randomly generated
12 different character classes to choose from: Rogue, Ranger, Knight, Barbarian, Cleric, Wizard, Assassin, Beastmaster, Apothecary, Brute, Monk, and Necromancer
Recruit companions to join you on your quest and make use of their special abilities
Equip your hero with stat-boosting loot to improve the chances of victory
Beat the game to unlock the ultimate challenge: Legendary Mode
Inspired by the much-loved deck-building RPG, Dream Quest, created by Peter Whalen (Hearthstone)