When Rage released back in 2011 a lot of people were excited to see id Software bringing out a new shooter IP. But unfortunately it released to lackluster reviews and years passed until we would see new signs of life for Rage. But Rage 2 has not only been announced, hyped and pushed but it is in everyone's hands as I write this review. So if you haven’t made up your mind if you should purchase Rage 2 yet then maybe this review will help your decision. 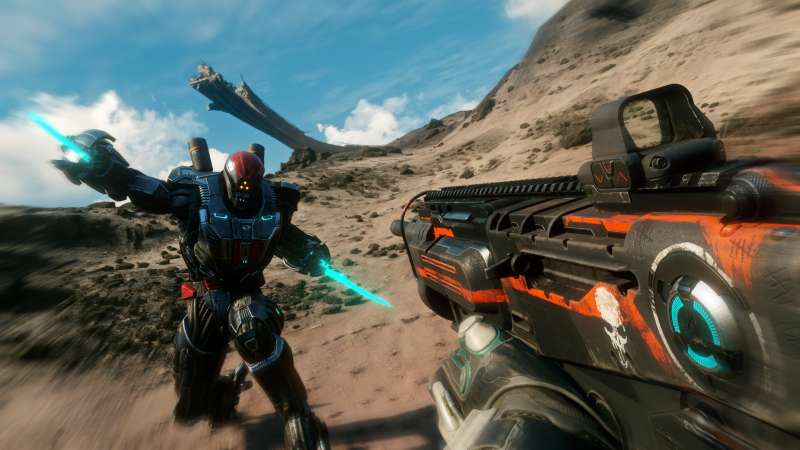 Rage 2 is still a first-person shooter. Developed by Avalanche Studios and id Software and published by Bethesda Softworks. You play as Walker, a regular soldier that happens to come over a ranger suit, puts it on as is looked upon as a ranger, left to fight for himself in this post apocalyptic open world. Rage 2 is set

30 years after the end of the first game, the Authority has survived and are attacking Vineland. Walkers job is to put and end to the chaos and restore peace in this already hopeless world that the remaining civilians are trying to live in. 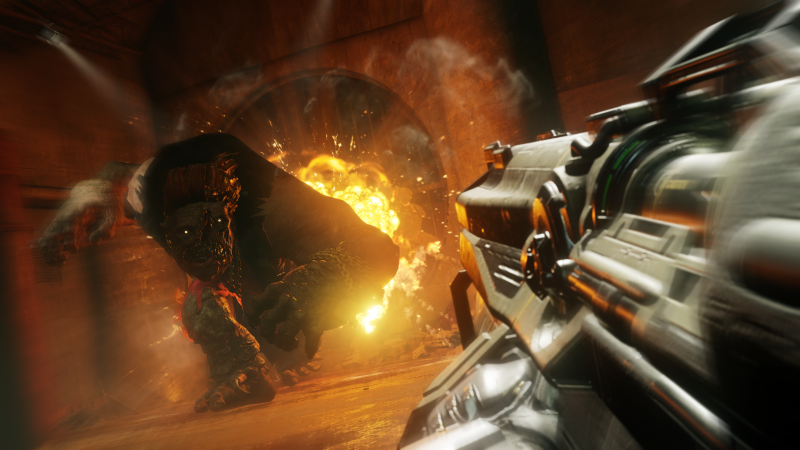 Since 30 years have passed since you last set foot in Vineland a lot has changed and nature has started rebuilding the land. Where Rage relied heavily on gray and dusted landscape, Rage 2 adds more color to the worlds and divides them nicely up to keep you from getting bored with the surroundings. Bright colors are added to boost the experience as this game has more action and wild random happenings then the first game offered. It is a welcoming edition to the game as I felt the first Rage game got stale pretty quick, mostly because of the dull and gray backdrop. 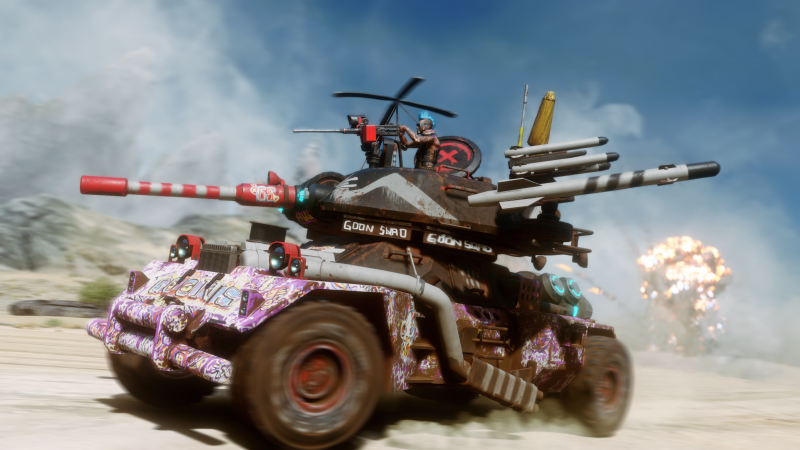 The land is split and divided into six main regions, with different enemies and tribes, they all fight each other and your are set in the middle of the firefights and even though they hate each other, they all hate you more. You destroy enemies and earn Filtrite which you can use to upgrade your skills, vehicles and weapons. And don't worry, even though the skills system can seem a bit too much at the start it isn't that scary and you will quickly understand how to upgrade the different skills and items. 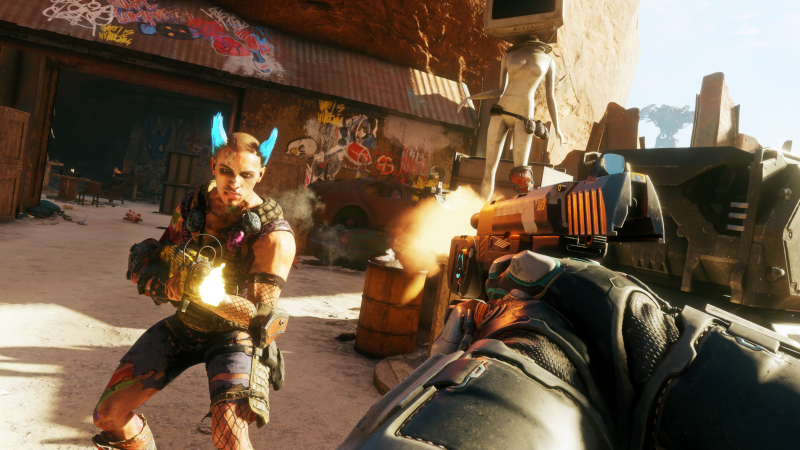 Some of the main skills Walker learns early on comes with a nice tutorial to get you familiar with how to use them. These are usually found in something called Arks and it is in the players best interest to find these Arks early on to build your character ready for the rest of the game. Although the skills are nice to have I quickly realized that a gunshot to the head usually makes everything a lot easier. But the skills and abilities are fun to play around with and keeps the combat from becoming repetitive and stale. 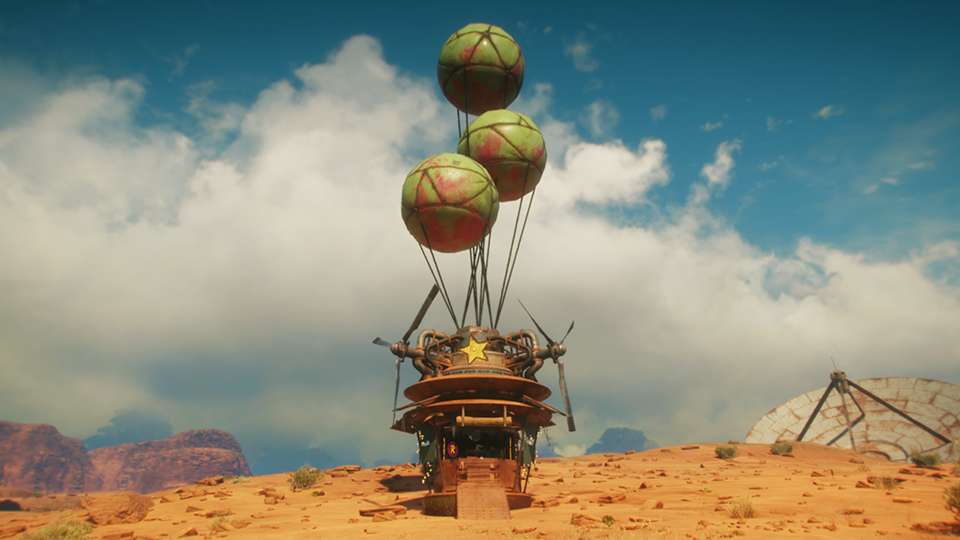 Since this is a huge open landscape the vehicles are a welcoming touch, and you get yours early on the game but you can buy and upgrade others. If you find a vehicle on the road you can also ride these or take them with you and sell them for parts at a store. You also encounter other enemies riding out in the wasteland but I was surprised that they rarely attacked me but just drove past me and left me in the dust. 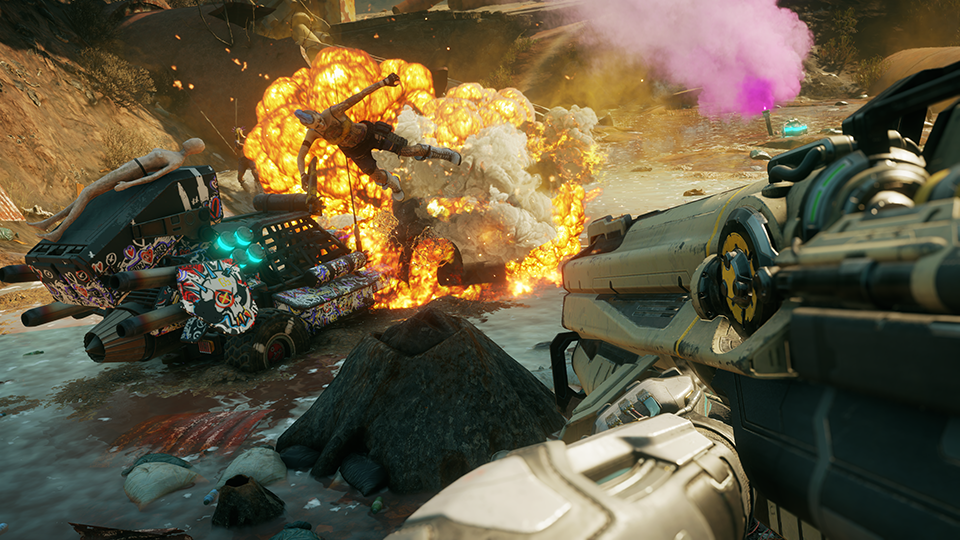 The story however can get confusing and I found myself dozing off whenever a cut-scene was introduced. Luckily for me the combat was fun and the environment was lively enough and diverse enough to keep things going. But it is hard to really say what I feel about Rage 2, because to be honest I am really not sure what I wanted compared to what I got. The first Rage didn't leave a lasting impression on me so my hype level for Rage 2 maybe wasn't as high. And after I finished the story and wrapped up most of what the game had to offer I was left with a strange feeling of not knowing how to recommend this to people. Not because Rage 2 is a bad game, because it certainly isn’t, but simply because of how quickly I was on to the next thing after finishing it. Rage 2 is a good shooter if nothing else and it is a much more solid game then the first Rage game, but you would be wise to check out some gameplay videos of the game if you are still uncertain either to get the game or not.