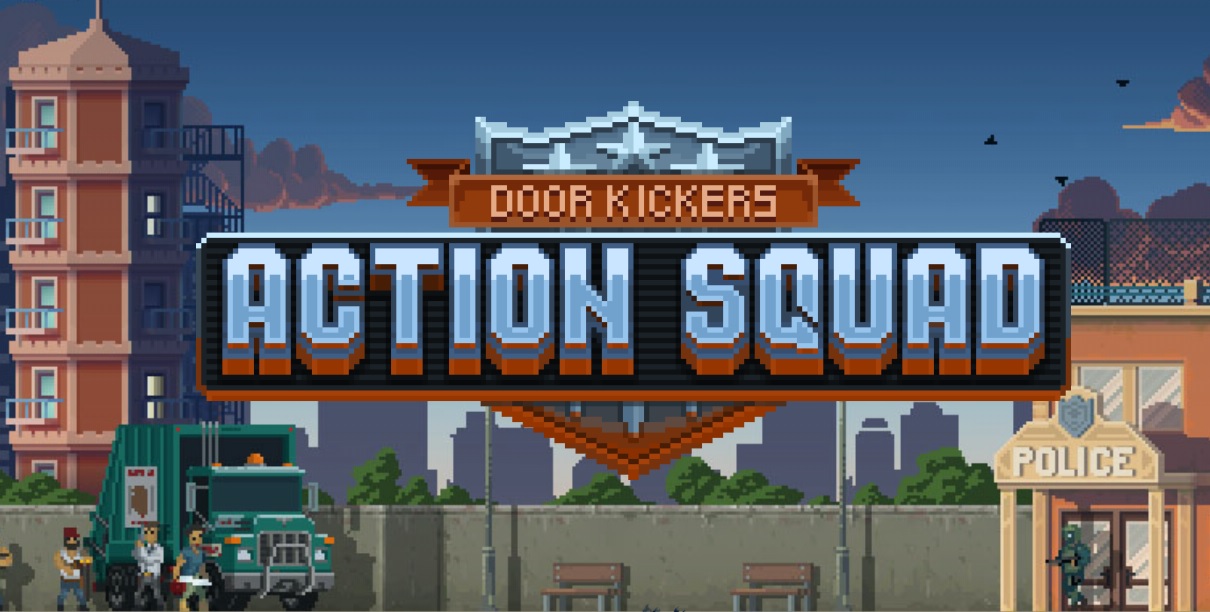 Door Kickers: Action Squad, the crazy action side-scroller that pits Law Enforcement against bad guys and unspoken horrors will be launched globally on consoles this summer

Door Kickers: Action Squad is an old-school, side-scroller with a touch of strategy and tactics on top of the ridiculous SWAT style action. Literally kick the doors down, blast the bad guys and rescue hostages in explosive Single Player and Coop Multiplayer – with Couch play included. Launched in late 2018 on the PC, the game brings the intact experience to consoles but includes extra missions and content for the console release. Yes, PC players will get those goodies too!

Part of the Door Kickers franchise that made Killhouse Games a household name in tactics games (Door Kickers 1 won Rock Paper Shotgun’s Best Tactics Game of 2014) the game is co-developed with PixelShard Labs and will be present at GDC next week through the ID@Xbox program with a teaser console version of the game. Hop over to the Microsoft Booth in the lower level of the South Hall and become the undisputable retro hero in some of the most intense scenarios in the game, including Hostage Rescue, Bomb Defusal - and even - gasp - Zombie Invasion.

“From day one we designed Action Squad around the old school, shared screen coop experience that we had in our youth and wanted to recreate to maximum effect for our players. It all falls into place so that you will have lots of fun in single player but are always able to bring over a friend and continue playing together, trying tactics and ideas or just improvising on the fly.

And it comes as no surprise that at Gamescom, PAX and wherever we’ve shown our game - people would come over and urge us to get it out on their consoles. It’s a natural fit and the game plays best on a controller.” says Dan Dimitrescu, the game designer mastermind @ KillHouse Games and veteran of ancient coop battles circa 1990.